Press enter to begin your search

5 Things you need to know about GDV (Bloat) 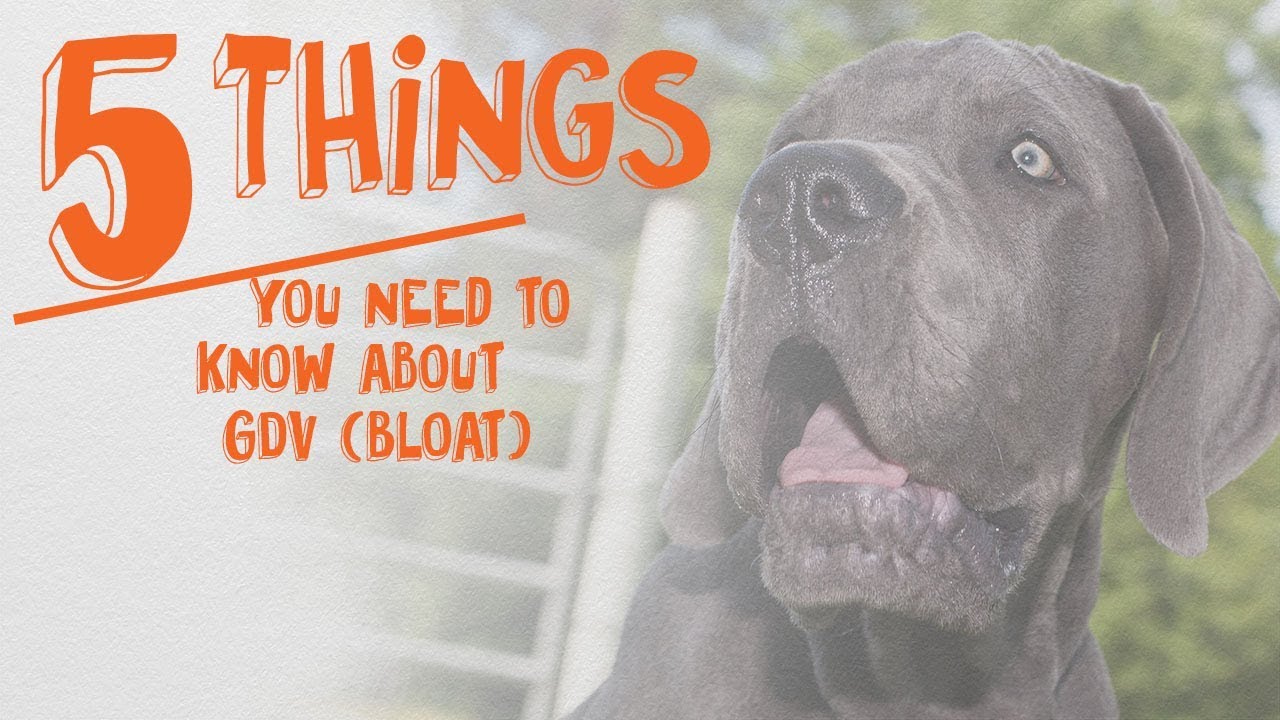 What is a GDV?
A GDV happens when the dog’s stomach rotates, reducing blood flow to the stomach and blocking blood flow from returning to the heart and other areas of the body, thus sending the dog into shock. This rotation also results in the accumulation of gas in the stomach that cannot escape, causing it to bloat.

Symptoms
The bloat usually develops rapidly, and they can show symptoms such as a distended abdomen, unproductive retching (trying to vomit but nothing comes out), abdominal pain, salivation, restlessness and they may also develop difficulty breathing. As the condition gets worse they can develop weakness, pale gums, a rapid heart rate and may collapse.

Diagnosis
The veterinarian will confirm the diagnosis on abdominal x-rays and perform further blood tests to establish the prognosis of the patient.

Treatment
After the diagnosis is made, the veterinarian will determine the severity of the condition by performing appropriate blood tests. Animals are normally stabilized with high doses of fluids and a stomach tube is often placed to release the trapped gas/air.  When stable, the patients are then anaesthetized and taken into theatre where the stomach will be placed back into its normal position. During surgery a procedure called a gastropexy can be performed to fix the stomach to the abdominal wall to lessen the chance of this condition from happening again.

Prevention
To help prevent a GDV from happening a gastropexy can be performed as early as six months of age. This is an ideal time for the procedure as it is normally done around the same time when sterilization is performed. This surgery can significantly reduce the occurrence of a GDV happening, but it is not 100% preventative. Furthermore, preventing animals from running around and exercising after a meal can also reduce the chance of these events occuring. In addition to this, feeding fewer small meals instead one large meal a day may also reduce the risk. If you are worried your dog may be at risk of developing a GDV ask your veterinarian about a gastropexy.

If you think your dog may have a GDV, it is crucial to get to a veterinarian as soon as possible as this is a matter of life and death.